-Beauty doesn’t have to be a beast
-For the love of God, get off the couch
-Sorry Kermit: It IS easy being green
-Bon Appétit!
-Make some extra money, honey
-Get creative
-Events, activities, and other cash guzzlers
-Cleaning = soap + water + elbow grease
-Around the house
-Giving doesn’t have to break the bank
-In a pinch 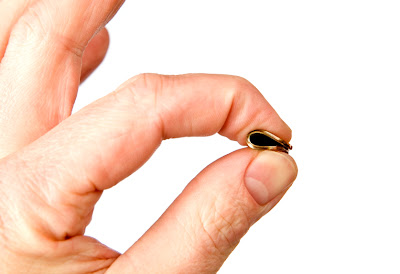 Excerpt from 101 Tip$ From My Depression-Era Parents

When I was five and my sister was eleven, our parents worked in a factory. That summer they were both on lay- off. These days I often hear people say they've been “laid off” when in fact the correct word is "fired." I guess it’s a change in our vernacular, but a “lay-off,” at least when I was a kid, meant something else. When the company a person worked for completed a specific contract, it was common for the factory employees to be "laid off" until a new contract was negotiated. With a new contract, employees went back to work. Lay-off was sort of a mini-vacation, except that you collected unemployment insurance, something my parents were never happy about. They wanted to work.
At any rate, that summer in 1961 my parents were laid off. They didn’t work at the same factory and it was unusual for both of them to be on lay-off at the same time. But they were. Of course my sister and I never knew the family was having financial problems. Our lifestyle was more than adequate, and we were unaware that at night mom and dad were tearing at their hair trying to figure out how support us, my widowed maternal grandmother, and half a dozen aunts, uncles, and cousins who periodically landed on our doorstep. But the folks did okay and managed to take care of business without letting on that there was money trouble.
My father, John, had an odd sense of humor. He was first generation American, his parents having come over on the boat from Lithuania. He spent his first few years in Brooklyn before the family moved to upstate New York, where he and my aunt Mary were raised and where he eventually met and married my mother. A smart man, he had to drop out of school in eighth grade to help support his family. His father, my grandfather, fled the wife and returned to Lithuania, never to be seen again. Paternal Grandma was a tough one: loud, angry, and dead in her fifties. All this to say that dad had a difficult childhood, fought the good fight in WWII, and knew how to dig in and survive.
So the summer my parents were on lay-off, dad was in the kitchen one day making cat food. An explanation may be necessary here: pets back then weren’t pampered like they are today. They didn't sleep on store-bought beds and eat special food specific to their urinary tract and aging teeth. Cats were cats. They lived outside, chased mice, and were fed in big tin bowls left on the back step. For reasons that remain unexplained to me, John would take vegetable peelings and leftover meat scraps and cook them all up in a big pot on the stove for the cats. For my part, going to the store for a can of pet food seems more sensible, but then I speak from a non-Depression era mentality. For him, boiling up God knows what on the stove and feeding it to the cats was a rational project. 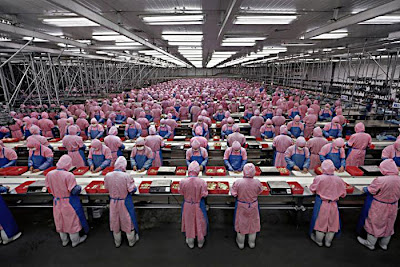 Helen and Alec, friends of my parents who were not in the same difficult financial situation at the time, stopped in one day to say hello (my mother wasn’t at home, was probably at the grocery store not buying cat food). They appeared in the kitchen and saw my father stirring gray muck in a big pot on the stove. Helen asked what he was doing. Straight-faced, my dad said: “Well Helen, we have to feed the girls something.”
Helen, not surprisingly, was horrified.
After a short visit, Helen and Alec left and my mother returned home. An hour later the couple reappeared with five bags of groceries. John had not shared his little joke with my mother, and she was bewildered to see friends arriving with food. When Helen explained she couldn't bear the idea that my sister and I were eating potato peelings for supper, my father burst out laughing. My mother, however, was touched. Those were the days when it wasn't so hard to believe that parents might have to feed their kids vegetable scraps; days when friends did such things unasked, brought groceries to people who they thought needed help.
My mom and dad and their friends were people of the Great Depression. They understood hardship, and the importance of saving money because you never really know what tomorrow will bring.
It's difficult to imagine that we today, in the age of the iPad and the drive-through, might ever have to endure such burdens. Stores are bursting with food and merchandise as our children spin about racking up cell phone bills. But recent events in the U.S. economy might well bring us all back to a time when life is not the easy place it's been for so many decades. Retirement accounts are dwindling. Gas prices fluctuate between astonishing and eye-popping. Food costs are rising. The global market is faltering. When my mother passed away in 1992, I found 24 outdated cans of stewed tomatoes in her pantry, dozens of disposable salt and pepper shakers, and a baggie full of used bread wrapper twist ties. They were there just in case. I didn't get this "just in case" mentality then. Just in case of what? I wondered as I filled the garbage can. The woman was lovely, but a bit paranoid.
Now, reading the financial news, I find myself musing paranoid? Maybe not.
Recently, an optimistic friend remarked that the current economic trials may not be a bad thing, that such financial tribulations get thinkers to thinking and solutions flowing. I hope he's right. In the event he's not, however, I've come up with a few money-saving tips in these times when cash is king, Depression-Era ways my family elders might, if they were alive today, maneuver their way around the economic crisis we're all facing. Some of the tips are interestingly practical. Some are a little nutty. And some are downright frightening that we might ever need to employ them. Let's hope we never do. But it's not a bad idea to hunker down and live lean and mean, save a few dollars here and there, and have a plan.
Just in case.

Beauty Doesn't Have To Be A Beast

The younger the kid, the better. Yes, they’ll complain. Some will freak out. They’ll want to go to the barber or the salon. They’ll insist you to pay $40, $50, $60+ so they’ll fit in at school. Rest assured: unless you’re cutting their hair with the lawn mower there’s a good chance nobody will even notice their new do was styled in the kitchen, a bath towel over their shoulders. During the Depression kids didn’t run the show. Plop them in the chair and start snipping. They’ll survive. If they really freak out? Cut their hair in between professional visits. The pennies will add up.

For The Love Of God Get Off The Couch

Our parents and grandparents never needed to join a gym, their life was a gym. They stayed fit by working hard. If you belong to a health club, cancel your membership and get a refund. Then go outside and walk a mile. Push the coffee table out of the way and do exercises on the rug. Need to lift weights? Use a five pound bag of dog food. Go out in the back yard and do jumping jacks. Better yet, go chop some wood, trim the bushes, clean the house, run up and down the stairs, paint a room, clean out the car, wash the windows, toss a Frisbee with your kids. Then get in a steaming hot tub. If you close your eyes, it’s almost like the health club sauna.

Sorry Kermit, It IS Easy Being Green

Tip 21: Fire the wood guy and go into the forest

Not only will you find plenty of wood for the fireplace, but you’ll get some exercise in the process. Get your kids to go outside and collect sticks for kindling. They’ve stared at the boob tube long enough! There’s nothing quite like making a fire from your own hard work.

Tip 50: Take your lunch to work

A tuna sandwich made at home is just as good as what you might buy at the deli, and the money you save will be substantial. You don’t need to take your lunch every day, but brownbag a couple of times a week. Little changes in your habits can make a big difference.

If you love man’s best friend, this is a great way to make a few extra bucks and get exercise in the process: become a dog walker. There are lots of people who are so busy with their lives – or who are senior citizens for whom walking is out of the question – in need of somebody to get Fluffy out of the house for a good long stroll. Take out a classified ad, post a flier, or network to find out who in your neighborhood needs somebody to walk their dog. I know a woman who worked from home as a graphic artist and carved out a few hours a day to walk the neighbors’ dogs. She lost twenty-five pounds and pulled in an extra $200 a week.

Tip 66: Make your own wrapping paper, or save the paper on gifts and use again

A woman I know, Depression-era of course, used to carefully unwrap every Christmas gift and reuse the paper the next year. Twenty years later she was still using the same stuff. Her gifts were beautiful, and after awhile, classic. If you don’t have the patience to open each gift carefully, make your own paper, from brown bags and magic markers. It’s meaningful and economic. Ribbon, of course, should be recycled and reused. My family has ribbon going back ten years. Sometimes I even scribble a date so I can look back and see how many years this particular piece has been making its return to Christmas morning.

Events, Activities, and Other Cash Guzzlers

Between tickets, popcorn, sodas, and gas, four people going to the theater nowadays is a hundred dollar project. Tape movies from the movie channel, pop some corn in the microwave, get a liter of Coke and have a night at home with the family.

Nobody knows. It’s a scary time out there and we all need to lay a little low, save some money, conserve energy, volunteer, make products in America, participate in our society, and most important of all, buck up. At the moment I’m sitting in front of a fire that I built from wood I picked up in my back yard this afternoon. I have one light on. I’m drinking watered-down orange juice and watching the cat fool around with a spool of thread. Tomorrow I’m going to buy a few cans of stewed tomatoes and some disposable salt and pepper shakers. If my heirs find them in the pantry, so be it. But I’m going to get some extras anyway. Maybe you should do the same. Just in case.

"I went to the bank and reviewed my savings, I found out I have all the money I'll ever need. If I die tomorrow."